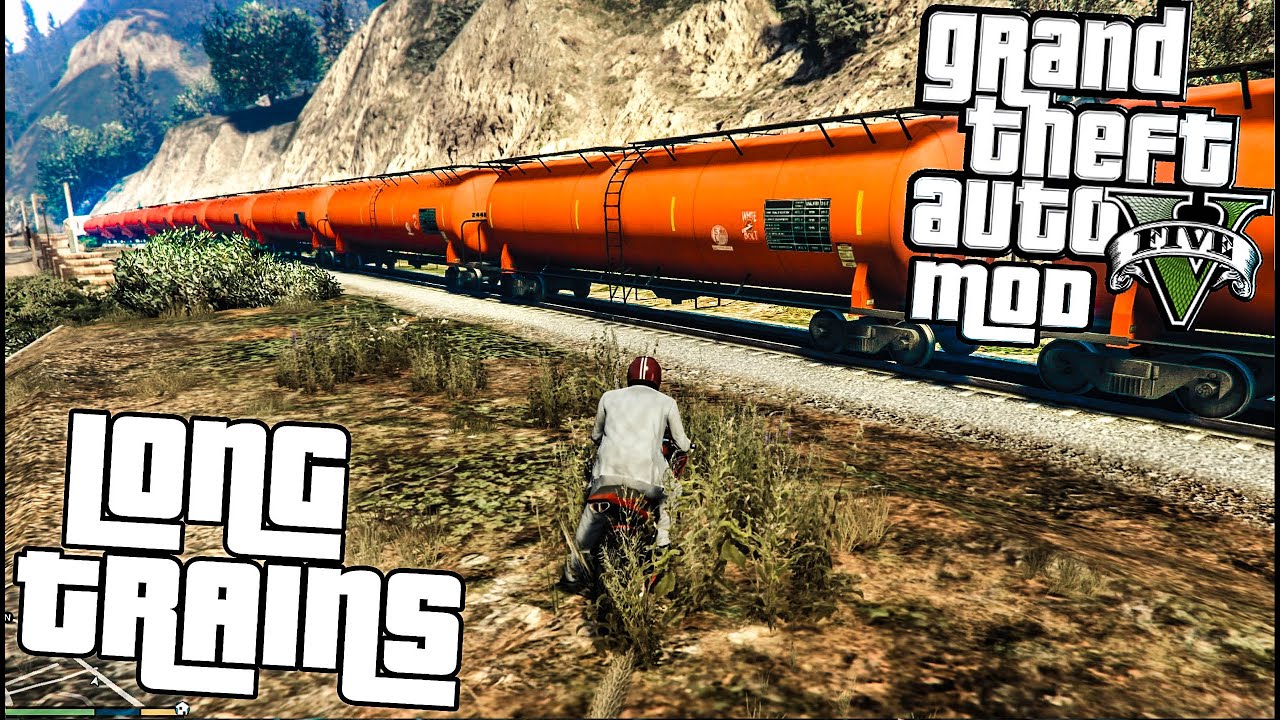 This mod changes what Trains are hauling, There are a few freight cars that have been removed and new ones added for now there are only 2 variations of train spawns and one metro train change. (As of 1.1 Readded freight cars in different variations.)

a long oil train, and a double engine no freight cars setup.(added too many to list as of 1.1)
The metro train is now much longer with 8 cars attached.
This mod also makes all trains stop at stations like the mp ones do.

To install open update.rpf In openIV.
Navigate to data-levels-gta5
Add in the two files to the gta5 folder this will overwrite common.rpf so no need to backups(if you want it gone delete the files form update.rpf.)
Close open iv.
Start gtav go to a train track to check changes to what they are hauling.
Also I’ve tested this with train driver scripts it works perfect.

**If you experience crashing on game start, Reopen Common.rpf in openIV and Click file Rebuild.**

1.1 Changes. Added new variations including a few super trains hauling more than 50 cars with 3 engines in the front one example can be seen in the screenshots. Forgot to note in this version i readded Freight cars.