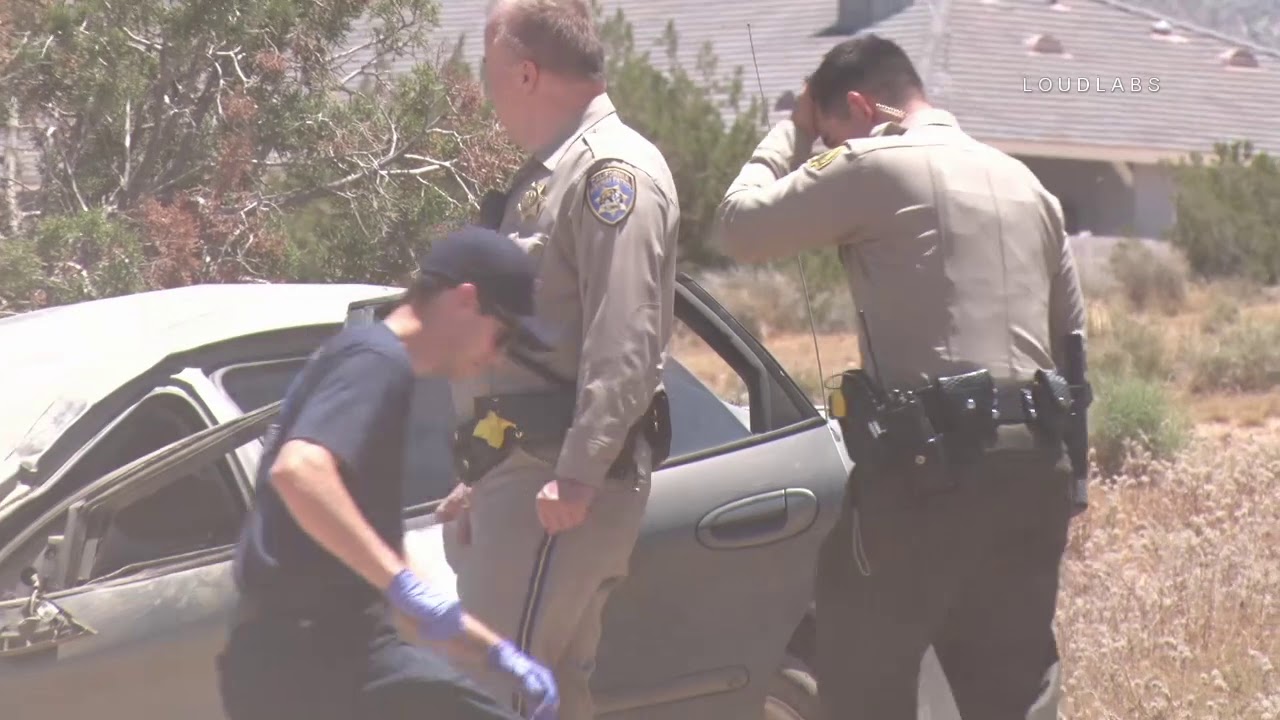 HESPERIA – One person was airlifted to a trauma center after being struck by a possible DUI Hit & Run driver. The incident occurred around 12:30 PM near Olive Street and I Avenue in Hesperia. Responding SBCo Fire paramedics found one person down with no suspect vehicle in the area. The victim was transported to nearby Sultana High School and transferred to SBCo Fire Air Amubluance H-325 to be flown to a trauma center. A short time later Apple Valley Fire received a call of a Rollover TC to near 23780 Roundup Way. Scanner traffic stated that the rollover TC may have been connected to the Hit & Run Auto v Ped TC in Hesperia. Scanner traffic indicated that the suspect had been followed by a witness from the original TC location to the Roundup Way location. There were also reports of gunfire at Roundup Way location. There is no confirmation that shots were fired. The CHP CAD indicated that the suspect driver may have been under the influence (HBD) at the time of the accidents. The Hesperia Auto v Ped investigation is being handled by SBSO Hesperia. The Roundup Way investigation is being handled by CHP Victorville. A copy of the CHP CAD is pasted below.