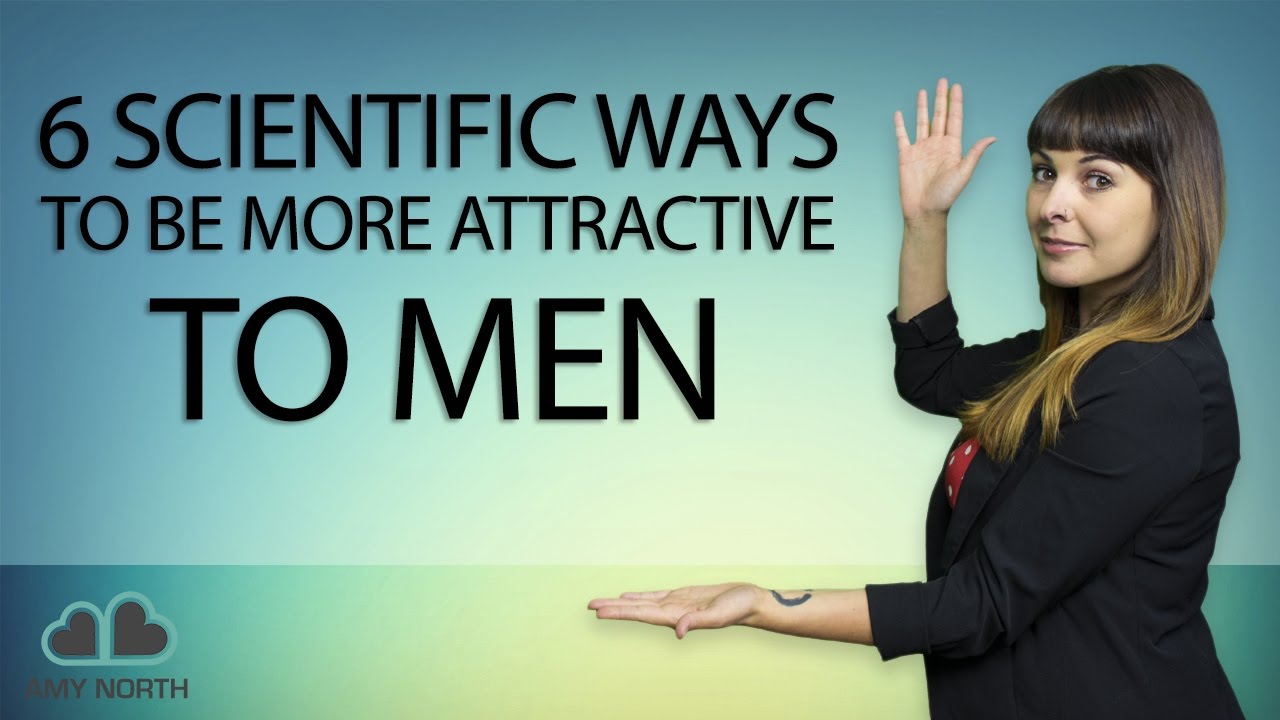 – 6 Scientific Ways to Be More Attractive to Men

Can science help you be more attractive to men? The answer is YES, yes it can!

Hello, ladies! It’s Amy North here and today I’m going to talk about 6 scientific ways to be more attractive to men. So let’s jump right into it!

1.) Wear Red. The University of Rochester found that women who wear red may be more attractive to men. The study featured a number of experiments where men were to rate black and white headshots of women on red, gray, blue, green, or white backgrounds, and the women standing in front of the red backgrounds seemed more attractive (and more like someone they would date). And in fact, when asked WHY these men chose the women standing in front of red backgrounds, few suggested the background color, indicating that the reasons for picking red were completely subconscious.

2.) Surround yourself with friends (preferably good looking ones too). Another study out of the University of California concluded that people look better when they’re surrounded by other people. A group of people were shown 300 pictures of women’s faces… both in pictures where she was with friends, and pictures where she was by herself. Results overwhelmingly showed that both men and women found women surrounded by friends more attractive than their solo counterparts. So the next time you go out, definitely go out in a group.